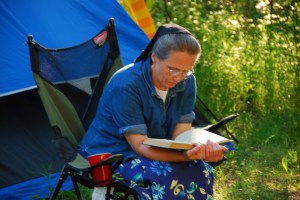 I lost my cell phone.  It happened in one of my crazy moments.  I had called a sister to “share” (air a gripe, to be honest) with her and get something off my chest.  Let’s just say that I didn’t consider discretion and patience as the better part of being virtuous in the heat of the moment.  I even felt convicted as I went to call her…that I ought to forget it…but I went ahead.  Of course, it was a rather satisfactory conversation…we pretty much had the world’s injustices solved and settled, you know.

We talked while I was out at the clothesline hanging up laundry.  When we were done talking I put the phone down? or no, I think I brought it in and set it somewhere…where?  It rang twice before voice mail picked up when I called it from the house phone, over and over while I ranged far and wide… in and out listening for the familiar tune.  I gave up till later in the evening when I wanted it again.  That time when I called it; voice mail picked up immediately.  Okay, so now it’s “out of reception” or destroyed completely somewhere…please, not out in all that rain!

That was Saturday. Now it’s Monday.  Still no phone.  Saturday night I woke during the night still thinking and searching in my mind about it.  It was like I could almost figure it out…just short of remembering…  When Elv walked out the door this morning he instructed, “Find your phone today, okay?”  That’s when I realized that ever since I tried to find it Saturday, I have been solving and searching in the back of my brain both waking and sleeping.  It’s nearly driving me crazy.

Finally, after two days I think it’s time to pray about it and skip it till it shows up.  We have a small yard and a small house. It’s gotta be around here somewhere! In the meantime I have had plenty of time and opportunity to think about how unnecessary that conversation I had with my sister was.  Okay so someone else was brassy and inconsistent, but so am I sometimes.  When am I going to learn to let it go and let God grow them up as He is TRYING to grow me up…if I can be quiet long enough to notice what HE wants of me.

2 thoughts on “The Lost Cell Phone”