If you scrolled down to see the bottom line quickly and gave up finding it because this is so long and now you are rolling your eyes. Go ahead and leave this page. Yes, it’s long and a mess. It’s for our record. You’re welcome to stick around, too.

First, here’s one reason I like to blog. I get to talk. I get to say what is burning to be said. I probably repeat myself in a million different ways after seven years of blogging/saying what I feel needs to be said. I try not to do that, but I’ll quickly admit the pool of news and observations is probably not that large. I try to read and learn and get good experience to broaden my horizons even so. Yeah, all that!
Now, let’s get these parallel projects out here where we won’t forget how it was, ten years from now.
These pictures are of our cabin project. The cabin came into the family with insulation and studs showing on the inside, Tyvek on the outside.

They covered it in plastic so it hasn’t fallen out in our five years of ownership. But we’re really, really tired of looking at that wall.
Those Minnesota black flies come in every fall when it gets chilly. Most of them drunkenly buzz and crawl around on the windows and walls where the sunshine is at the moment. We try to coral them on sticky traps. We get some of them. Some of them get trapped behind the plastic and come to life as soon as the stove warms up during a winter weekend visit.

So this past weekend we moved the one small wall left as a partition in our open plan cabin from one place to another. Now we have a definite little eight by eight entry and a place to hang a shelf and hooks for coats and do-dads. We can park a bench under the shelf. There’s room for a black board and the desk on the other wall by the door. We hung the snowshoes on the new stud wall for pretty for now.
Of course, this is exciting. Well, anyway it is for us. You can take it or leave it as you wish.
The next couple of pictures happened after we had cleaned up and put our tools away and Lance’s had packed out to go home. 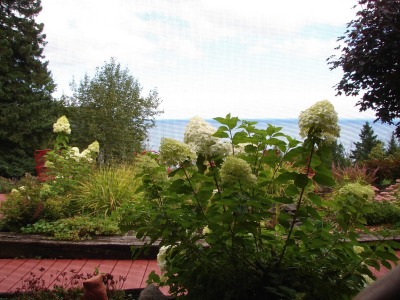 We went out for a late lunch with Lance’s before returning to the cabin. We ate at the Northern Lights Restaurant on the shore. Contrary to appearances on the one picture, this is not a tavern, nor yet a local pub. I suppose they sell drinks there, but so does Perkins if you didn’t know it, and none of us noticed the sign over our heads. We were far too busy enjoying the lake breezes through that screen and the flowers and scenery of Lake Superior.
Our waitress looked for all the world like my old Great Aunties on the Skrivseth side and was of a  motherly sort to boot. 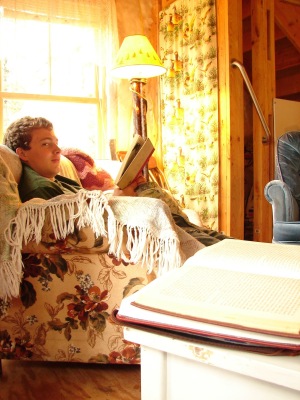 Now there’s a good looking kiddo. We love having him back. He was having a quick re-read of The Black Stallion. Tell me, what’s better than a familiar book to read on vacation? I read Wild Orchards for the third or fourth time while we were there.
On the other side of the re-positioned wall is the cabin kitchen, as you’ll see on the next picture.
I was all geared to spend part of my vacation hanging sheet rock. Bought myself a brand new utility knife and plenty of blades and watched a utube to see how it was done. On the utube a lady at least my age made it look like child’s play so I was pretty excited about finally getting some real walls up over that horrid plastic.
I couldn’t even lift one end of those sheets of sheetrock. At least not to do anything with it. I could have cried. Elv felt sorry for me. And so did Lance and Brad because they took over for me. None of us knew what we were doing but we tried and four sheets of that enigmatic, maddening, ridiculous stuff got nailed up!
The result is lovely and wonderful and the stuff of dreams come true.  Well okay, it’s just a kitchen; but some of us know what I mean and that’s all that matters. I looked upstairs and there are eight more sheets left and that’s all we need to finish the kitchen and dining part of things. It won’t be Elv and I hanging it. Just saying. 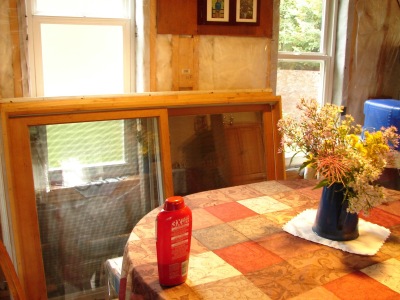 Those two windows will go where the other two maverick windows are. When the nice, big windows are in we shall have a view while we sup.

The next picture brings up the other project that we’re working these days. This is a Pinterest color inspiration page for our new basement bedroom.
At present we are getting ready to insulate. I did the price comparisons between Menards in Rice Lake and Stone Lake Lumber ten miles away and we won’t save a dime going to Rice Lake. Thank you, Stone Lake Lumber for your good pricing. It saves us in more than one way. 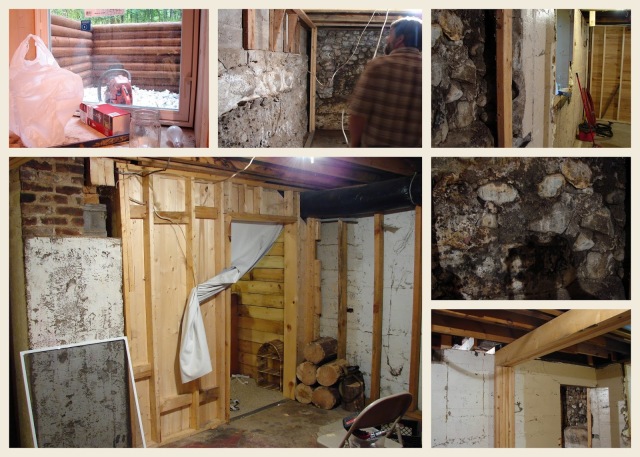 In all it’s hideousness and mildewy-ness and icky-ness. Let me say to you, dear reader, that it takes a certain strength of mind and sinew to work with what you see above to get something close to what you see in the next two pictures. But Elv is doing it, tiny bit by tiny bit. Hopefully by Thanksgiving time I can make a progress post that looks something akin to my two inspiration pictures.
On the damp rough stones will be sprayed a layer of closed cell foam from a kit that costs a zillion and a half, but the plan is to have moisture proof insulation and no mildew smell on our clothing ever again, ever!
We are paying as we go which is a large part of how long it has taken and we’re doing it ourselves, which is the rest of the story.
Press on. The reward is ahead. Hope is our strength. 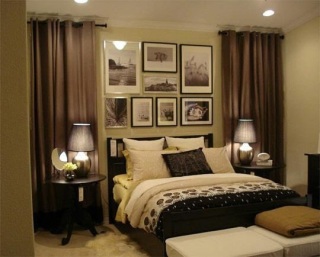